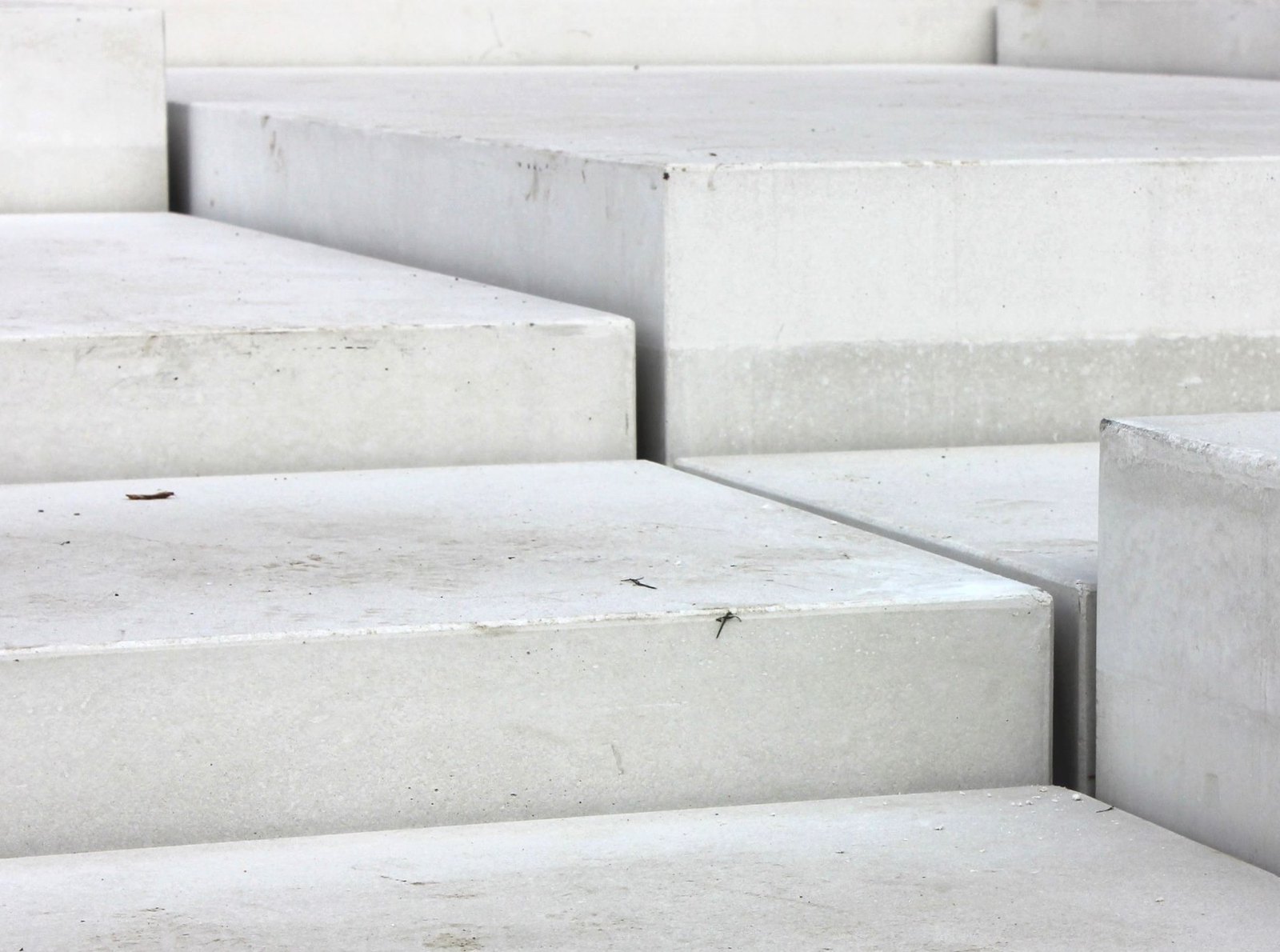 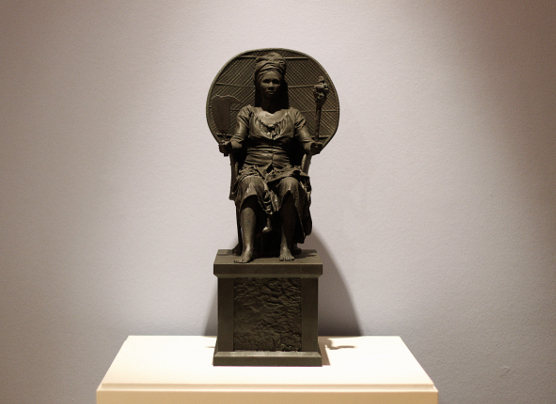 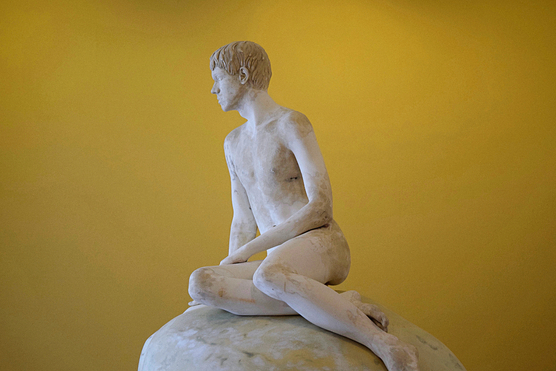 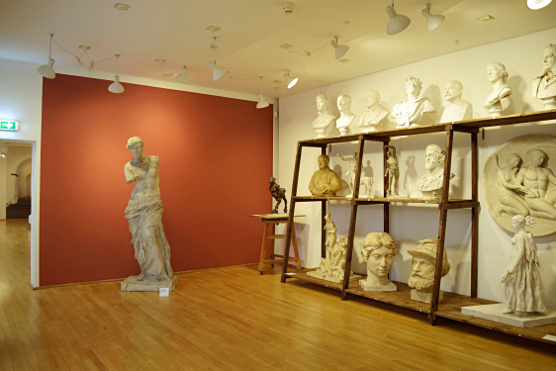 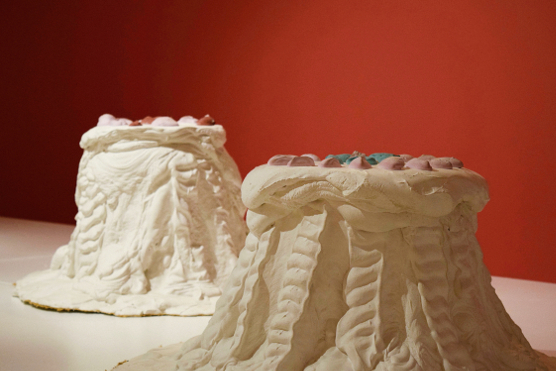 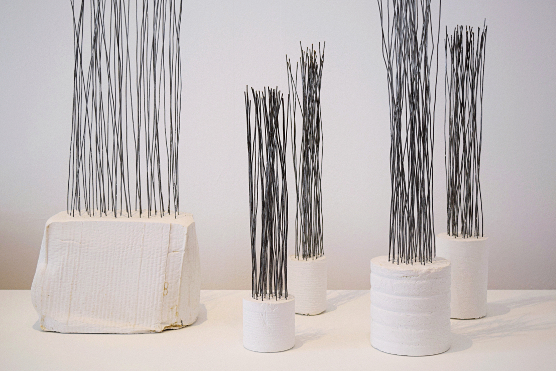 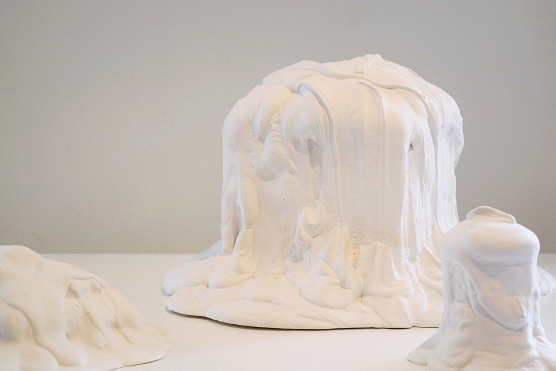 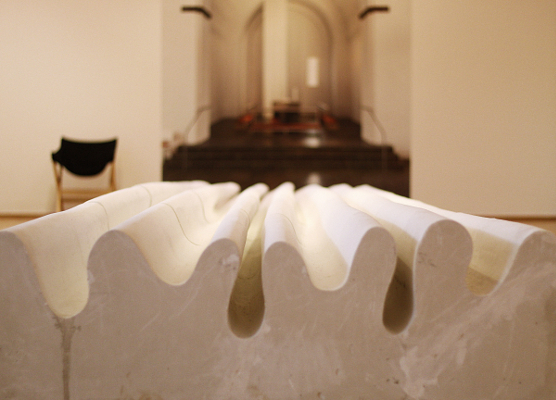 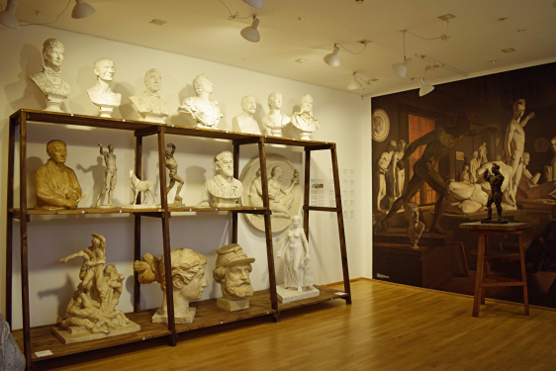 Porous and malleable. Snow-white or yellowing. Celebrated, yet mostly hidden away. Plaster takes centre stage in a new exhibition at KØS: Transformations in Plaster. Here, KØS brings this much-loved, yet also oft-ignored material to light, demonstrating the sheer versatility of plaster as a vehicle for monumental works, artistic processes and experimentation.
With its liquid, mouldable consistency, plaster is easy to work with – a fact that makes it very popular with artists. It is a highly changeable material, transitioning from a snow-white powder into the consistency of whipped cream to end up with a hard, crystalline surface. Plaster is fascinating, but even so it has led a somewhat hidden existence in the artist’s workshop as a medium that is mainly used for processes and stages of transition. In the exhibition Transformations in Plaster, the material takes on the starring role as KØS demonstrates the great versality of plaster – as an aide to artistic processes, as the object of experimentation in 1960s art, and as part of contemporary art projects today.

Contemporary art’s games with plaster
Inside the exhibition, visitors will find the model for the recently revealed and much talked-about memorial sculpture I Am Queen Mary, which celebrates enslaved Africans on the West Indies. The sculpture, an imaginary depiction of labourer rebel Mary Thomas, was created by artists Jeannette Ehlers and La Vaughn Belle as a hybrid conflation of the two artists’ 3D-scanned bodies. The model has been 3D-printed in plaster, demonstrating how plaster is used in the creative processes of contemporary art today.
You can also find examples of other contemporary art projects that took their beginnings in plaster, such as the seven-metre long original plaster model for Sophia Kalkau’s marble stele for the Grøndal Church, installed in 2016. Shaped like a drapery in front of the altar, the marble stele reaches from floor to ceiling inside the church, forming an undulating passageway. Lying on the floor in this exhibition, the folds of the stele become reminiscent of a wavy river flowing across the floor.

Whipped-cream cakes
The avant-garde artists of the 1960s, especially those associated with the experimental art school known as ‘Eks-skolen’, such as Poul Gernes and Bjørn Nørgaard, celebrated plaster as a democratic and unpretentious material that was explored in a range of happenings and actions. Like a playful pastry chef, Gernes experimented with the potentials of plaster in a series of so-called ‘layer cakes’, creating a variety of cake-like pieces – some with garlanded decorations, others lathered in plaster resembling mounds of whipped cream, and yet others looking like crisp merengue tops. You can also explore some of Bjørn Nørgaard’s projects from the Eks-skolen years, many of which involved plaster and were made directly in front of audiences.

New heroes on the pedestals
At the exhibition, models for monuments commemorating powerful white males such as king Christian X and the physicist Niels Bohr are joined and offset by other memorials, such as Elisabeth Toubro’s new monument to an eminent female scientist, the seismologist Inge Lehmann – and Elmgreen & Dragset’s hotly debated He, a reinterpretation of The Little Mermaid. Both are examples of how a new kind of hero is now celebrated in sculptures and memorials.

The academy students’ workshop
Step into the academy students’ workshop and explore their shelves of busts and figurines. Here you will also find plaster casts of masterpieces from classical antiquity.
At selected times during the exhibition period, visitors will have the opportunity to try their own hand at working with plaster, experimenting with the material at a series of workshops.